A brief history of Waterlea School

The school opened as a relief school for Mangere Bridge on 5th September 1955 with four of the original six classrooms ready to be occupied. The opening roll was 78 pupils taught by three teachers, two of whom were relieving, and two student teachers from the Auckland Teachers’ College.  The original principal was Mr Frank Thomas.

In 1961, as a result of a competition, the school’s motto was written by a pupil, Geoffrey Dale. The motto was “We shall be Worthy”.

In 2005 the school celebrated 50 wonderful years of education.

In 2006, after consulting with the current school community, the school’s logo and motto were changed to reflect more of the current emphasis on learning.

The school’s motto is now “With Learning We Grow”.

In 2006 the David Lange Memorial Hall was opened by the then Prime Minister Helen Clark.

In 2008 work began to modernise the original hall into an Arts Centre.

The Waterlea community is a multi-cultural one where all cultures are recognised and valued.

The school has an enthusiastic and energetic P.T.A which provides a strong injection of extra funds. Waterlea is the host school for a satellite class from the Sir Keith Park School in Mangere.

We are a proud school encouraging and teaching our children to take responsibility for their behaviour, their learning, and their health.

This all happens in a well groomed, friendly environment where we care for each other and celebrate achievement.

We believe that “With Learning We Grow”. 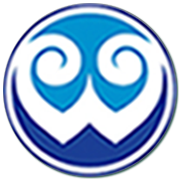